This context puts children at high risk of recruitment into armed groups, which use them as messengers, drug traffickers, fighters, informers or for sex.


It is impossible to know the real number of child soldiers in Colombia. Before the FARC demobilisation process began, estimates showed that there were nearly 16, child soldiers in Colombia. In other words, the number of children drawn into the violent world of armed groups is likely to be many times greater than estimates of formal recruitment. In communities with a high presence of armed groups or gangs, children and young people have nowhere to go to be safe from the violence surrounding them or to think about their life goals and plans outside the conflict.

Child recruits also face an increased risk of sexual violence and exploitation. Children and young people who escape or are demobilised from armed groups have had a very different life experience to that of others their age and this makes returning to society particularly difficult. They also risk facing severe stigmatisation from the community they settle in, which can further hinder their reintegration. Children Change Colombia is helping our local partners to make communities safer places for children to grow up.

In many cases, children choose to join as a result of economic or social pressures. Others join armed forces to fight for a cause that they or their family support, often with little clear understanding of the implications of their decision.

Freed From War: The Road to Reintegration for Ex-Child Soldiers in Sudan

Being poor, displaced, separated from their families or living in a combat zone can make children particularly vulnerable to being recruited. Armed groups target children for several reasons. Some children will be trained for and participate in armed combat, while others will be given a supporting role. 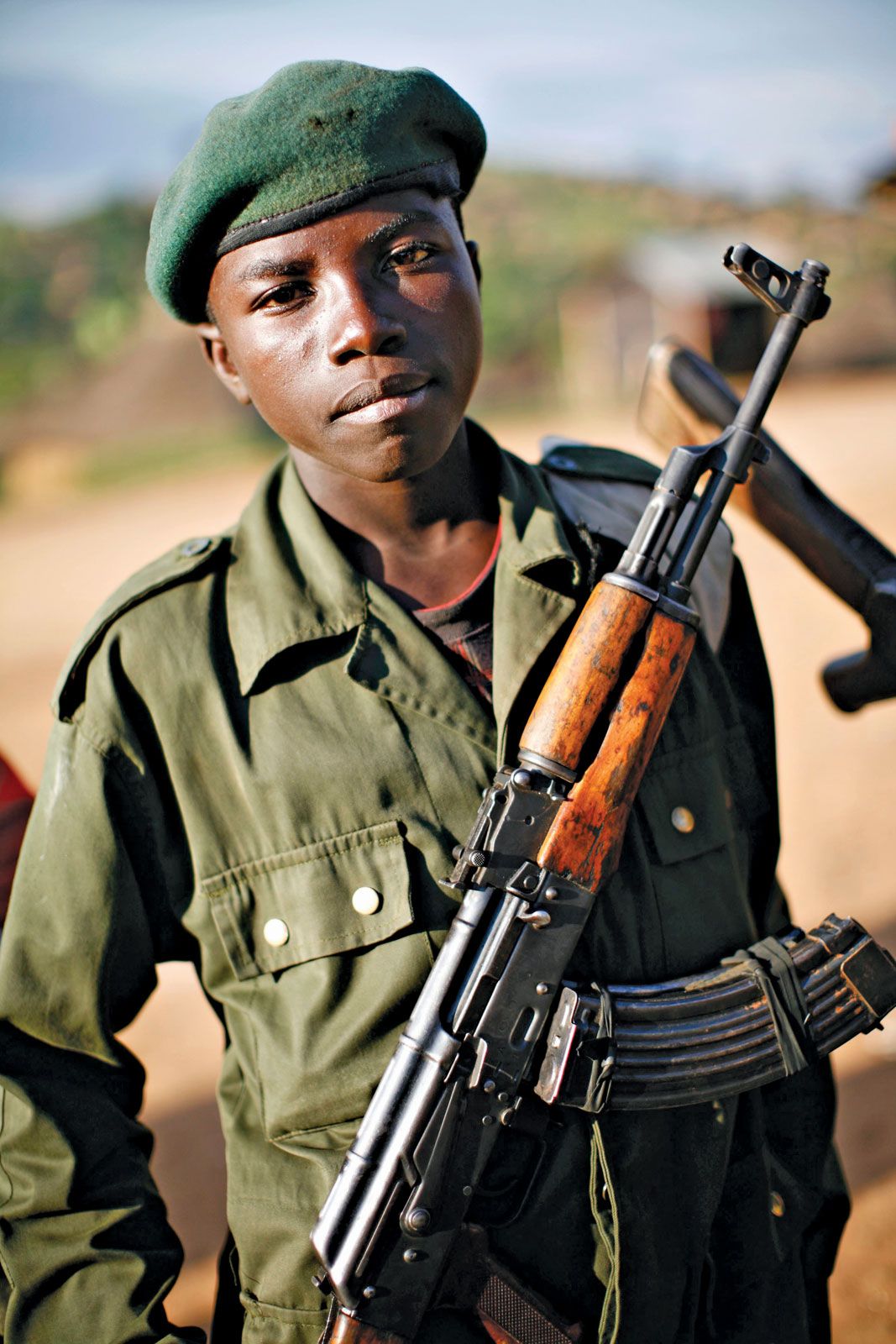 In almost all cases child soldiers will not have access to formal education. A number of former child combatants from the Central African Republic have reported that they were forced to perform horrific acts, such as killing their own parents as a form of initiation into the armed group. It is thought that this initiation hardens them to brutality and breaks the bonds with their community, making it difficult to return.

But non-state armed groups also recruit children in these and other countries. In the past two decades, thousands of boys and girls have been freed as a result of action plans mandated by the United Nations Security Council. Efforts are being made to support the release of children in these countries to civilian life and to help reintegrate them, as well as plans to prevent future recruitment of children.

Measures are being taken around the world to prevent children becoming soldiers in the future. It is important to establish and enforce 18 as the minimum age for recruitment. The chapters examine 11 countries, 6 in Africa including two analyses each of Liberia and Sierra Leone , 3 in Asia, and 2 from Latin America.

Child Soldiers: The Urgency of Reintegration

Background to the book comes from the Cape Town Principles, intended to prevent recruitment of children into armed forces and to reintegrate them socially. Three goals stand out: disarm, demobilize, and reintegrate. To flesh out these broad perspectives, the contributors--drawn from academic and humanitarian NGO backgrounds--offer nuanced assessments.

Child soldiers need not bear weapons. Instead, there are children associated with armed forces CAAF , who fulfill many roles.

They are kept in line through force, but even more by incentives. Children may affiliate with rebel forces voluntarily to escape violence from government troops, as in Guatemala. They likely come from poorer families, with single income earners. Western media portray child soldiers in slanted fashions, seeing them both pejoratively and as victims.

Many contributors interviewed former child soldiers, discovering problems with these simplistic views. Overall, the coeditors have put together an excellent book.

Summing Up: Highly recommended. Upper-division undergraduates and above. This item was reviewed in:. To find out how to look for other reviews, please see our guides to finding book reviews in the Sciences or Social Sciences and Humanities. Main Description.

This book examines the complex and under-researched relationship between recruitment experiences and reintegration outcomes for child soldiers. It looks at time spent in the group, issues of cohesion, identification, affiliation, membership and the post demobilization experience of return, and resettlement. This volume explains the processes involved in young people "s participation in civil conflict. It seeks to define the course of children "s lives in war zones and highlights the connections and impacts of recruitment, socialization, training and indoctrination in rebel groups.